I am finally and officially DONE with AT&T. 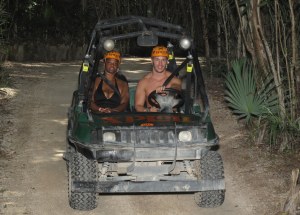 Instead of enjoying this moment in Cancun, I was worried about what I was missing on my non-functioning phone (look at my face!).

I just came back from a trip to Mexico where I was absolutely obsessed with the fact that my phone didn’t work. I couldn’t make outbound calls or send text messages, but I still had access to data, which somewhat comforted me on the first day.

Then on my second day, at 6AM, AT&T sent a text stating I had an EXCESSIVE amount of data usage. Didn’t surprise me considering that data was my only way to communicate. Then, they sent a second message stating they were turning the data OFF.

My world faded to black. I was totally cutoff — unable to check-in, look at maps, use apps, send texts, post photos….WTF, how was THIS a vacation?!

I couldn’t concentrate, couldn’t relax. I just wanted to be plugged in!

When I got back to New York, the data still didnt work (the shutdown was global, apparently). And, oh dear, AT&T was closed.

When I finally got in touch with them, the data usage that I got shut off for was a mere 34MB. Nothing compared to my normal usage (check the records!) — and it cost $30. A total bullshit cutoff. And after their rude, clueless and incompetent reps (I went through four of them) had the nerve to attempt to tell me how I should have been dialing internationally and I was forced to school THEM, they also had no explanation for why my cell didn’t work. The international team supervisor actually said “I don’t know.”

AT&T, you are not ready for me. You can’t handle me. It’s not me, it’s YOU. Hit me back when you have consistent coverage in Mexico, or for that matter, on Park Avenue, Second Avenue, the Williamsburg Bridge or at 19th and Broadway, or… oh nevermind, goodbye.