I was tricked into living in my neighborhood. First, there was the broker’s confusion on the difference between Wyckoff Street (in a neighborhood I deemed yes) and Wyckoff Avenue (in a neighborhood I never heard of or desired to visit). Yet, the loft apartment on Wyckoff Avenue was amazing and there was zero walking distance to the train. The two clinchers that led me to buy it (not counting the apartment’s amenities) — the broker’s threat that he’d shown me all the available apartments I could afford and his next suggestion was New Jersey. And, his lie that the apartment was in East Williamsburg.

Since all the publications that mattered (New York magazine and the New York Times, naturally) deemed East Williamsburg the “next big thing,” I kept looking for evidence of this “big thing. I didn’t see it. Not helpful that the apartment is actually in Bushwick, a fact that even I lied about.

Fast forward six years and I finally have some evidence that change is underway, and not just the fashion.

Signs That Your Neighborhood May Have Changed:

1. On New Year’s Day, you find Veuve Clicquot bottles in the gutters.

2. The dogs at the dog park all have on outfits. 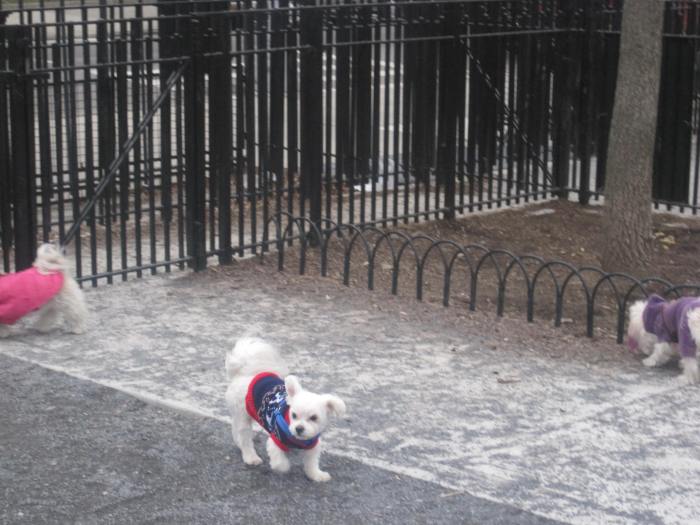 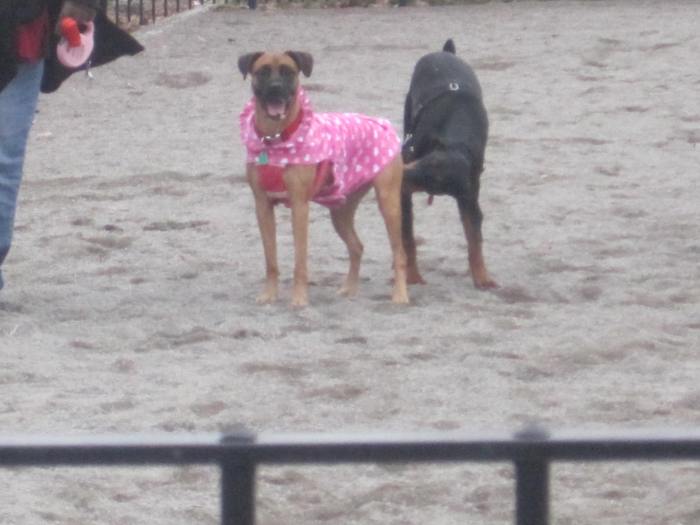 4. A Puerto Rican flag and Gay Pride flag on the same building

Every June, the flags come out in time for the parades. This June, near Maria Hernandez Park, a building was sporting a Puerto Rican flag on the second floor and a Gay Pride flag on the third floor. 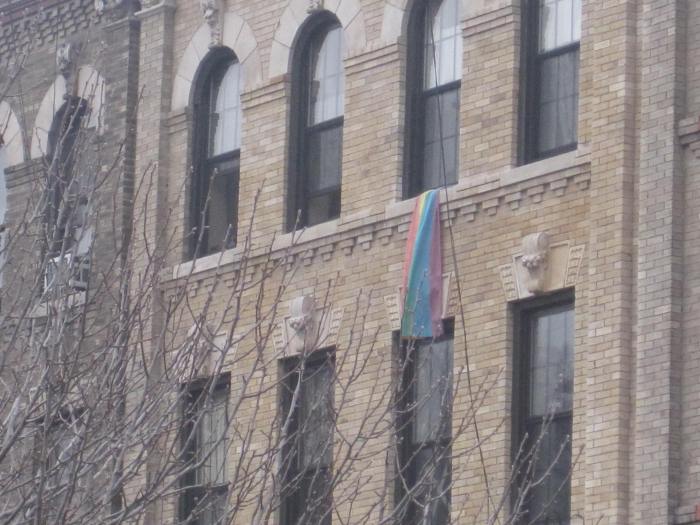 Walking home with a friend, we walked further than I expected. “This is Queens. You said you lived in Bushwick,” I accused. “Please don’t tell anyone,” he pleaded. I guess that blog he writes about Bushwick won’t feel that authentic if I let that secret out.

Girls broke the cherry. Now, there are television and film crews and photographers taking over regularly. One day I almost crashed the car when five long, dark-haired, slim suit-wearing male models were being photographed standing in the middle of the street. And in September, my dog took particular interest in some fake snow.

8. People come to the neighborhood to be photographed in front of the graffiti. 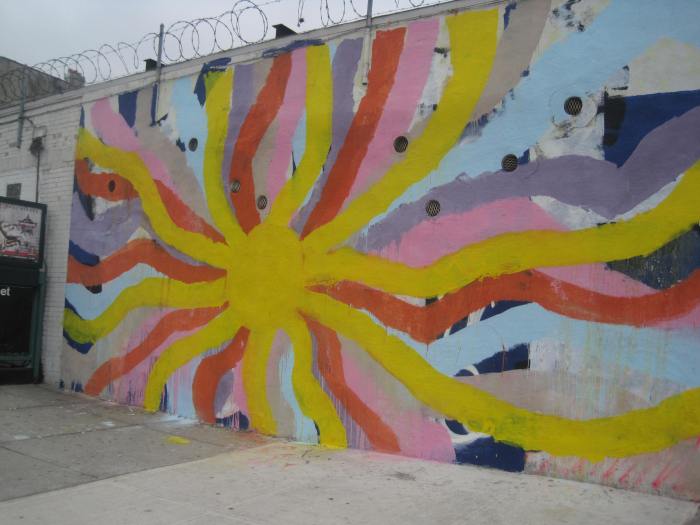 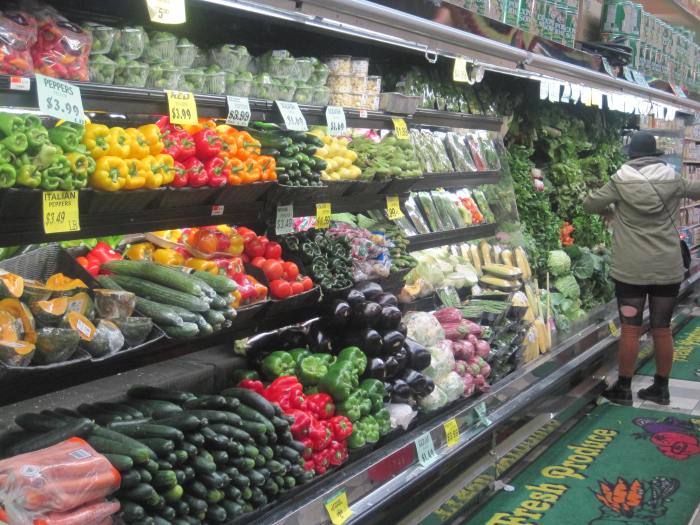 When I first moved to Bushwick, cab drivers would sigh heavily when I piled into the back. First, that they had to go to Brooklyn and second that neighborhood. We’d always end up on Broadway, and thus lost. I live nowhere near Broadway (but that’s what Bushwick means to some people).

One thought on “And Veuve Ran Through the Streets (with Photographic Evidence!)”